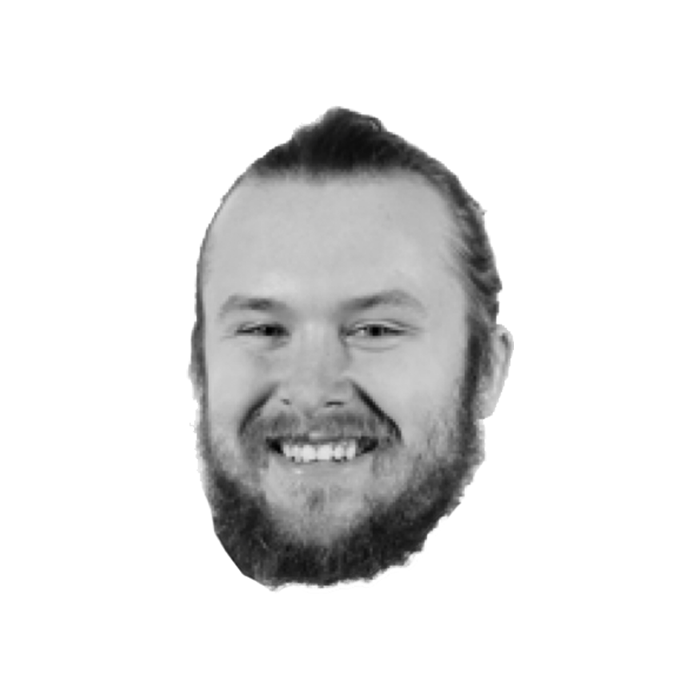 Welcome to the first power rankings of the season. The way this works is I (Cam) rank the teams and other owners take turns providing guest commentary on them. Because this is the first rankings of the year you will be additionally treated/subjected to my comments on the rankings. But going forward it should be a new guest each week. When its your turn I will endeavour to get you the rankings some time on Monday, and you should try to get your comments into Nick by Tuesday/Wednesday of the same week.

Its hard to not rank the defending champion 1st and this year is no exception. Ryan's team has offensive juggernauts at almost every position paired with a killer rotation and a good bullpen. At this point Ryan seems like the clear favourite to win the championship again and become the 2nd ever back to back Champion.

2. The Bangers of Trash Cans - Jeremiah

Jeremiah's team has an offence that rivals Ryan's but his pitching is much less reliable and much more injured. His recent overpays for mediocre relief help make me think that he'll struggle to improve his team further.

Flex is another owner with a dynamic offence and some nice pieces on the pitching side. I'm pretty bullish on his chances although I think Jeremiah's roster is slightly better right now. I liked what Flex did with his limited picks in the draft which actually seem to have set him up well to win his division.

The obvious threat to Flex is Mike but his chances were hurt along with Justin Verlander's tricep. Mike doesn't quite have the depth that Flex does but its hard to rank a team with Mike Trout much lower than this. Despite some weak positions, this team still has a very high ceiling.

If everyone was healthy on Tillo's team I would've put him 2nd or 3rd but alas Chris Sale is injured again. At least he has Aaron Judge to keep him company on Tillo's IL. If the injuries subside Tillo has an easy path to the 2nd round of the playoffs at minimum.

Ben looks to return to the playoffs with a similar team to the one that got him to playoffs last year. I don't think his team has the same ceiling as the one's in front of him but he does have Yelich, so maybe I'm too low here.

Despite the ranking I'll be shocked if this team finishes above 11th. I've seen this movie too many times before to have any faith.

Chow has the dynamic combination of some elite players, some proming young players, and some terrible competition in his division to boost his win totals.

Its possible I'm underrating Graeme but I need to see his team in action before I buy in. I will say that his infield seems very good, but the rest of the team is meh.

Will Garth finish 10-9 or 9-10? His team could actually do some damage if his young players come through and he gets some pitching reinforcements from his minor league squad.

The draft was sub-optimal but Luc managed to not trade away all the talent here so there is still potential.

If I was sure Vlad was going to breakout I would rank this team higher but there's some risk there. Ohtani is an interesting piece that should at least keep Ian in the playoff race but with the division Ian is in making the playoffs will be tough.

Nick's team isn't the playoff regular it used to be but he still has some star players and a solid supporting cast so there's always a chance.

There are some good players on this team but I can't help but feel that Aidan/Scott won't be able to significantly improve their roster, and won't be able to maximize the talent they do have. Its kind of like a lesser version of Ash's team with the same problems.

If things go right Newton could significantly outperform this ranking and make the playoffs. However the division is pretty tough and he'd need everything to go right for it to happen. This is the Toronto Blue Jays of FFFF.

The anti-Newton. Chris' team looks bad but that doesn't usually stop him from winning double digit match-ups and making the playoffs. Maybe Jemil sold his soul for a championship and getting owned by Chris twice a year is him paying his debt.

RKR's team is probably still a few years away. He's kind of like an Ian-lite as he has the same tough division to deal with.

This team is like RKR-lite or Ian-lite-lite? There is a ton of potential here especially when you consider the potential impact of Gavin Lux, Luis Robert, and friends. But building a team on rookies never seems to work in year 1.

In an example of fantasy mirroring real life the "honeymoon phase" cannot come soon enough. This team has a lot of mediocre talent and willingess to trade prospects for some reason. I can't decide between a Knicks comp or a Sabres comp.